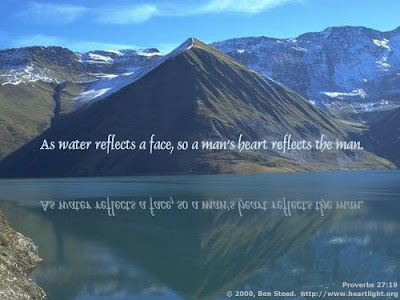 ‘Anxiety’ requested help because he was having trouble breathing and was having chest pain. No! That was not his name. That was what I saw on his face as I heard slight wheezing on his right lung and the inhaler he was allowed to keep did not ease the tightness he felt as he took in some breaths in his unit. I gave him a Med Nebulizer right away as he kept complaining about his chest pain.

“Your airway problem is more a priority to me than your chest pain. Try to breathe in as much of that steam if possible.”

It was a concern if he was having chest pain. Not that I ignored that complaint because it was also a dangerous situation if he was having true heart problems at the same time. As I was listening to his lung sounds with my stethoscope, I asked him at the same time to point where his chest pain was. He pointed to the far right of his abdominal area. He denied having gallbladder problems that he knew of. Except he had beans for dinner and just had 2 bites.

The breathing treatment helped him right away. The wheezes that I heard were not detected anymore by the sensitive end of my stethoscope. I motioned for him to go inside an Exam Room and requested for him to remove his shirt.

“Because I’m fat and you’re gonna’ see that!”

“Sir, I’m not here to make fun of you. I’m here to help you with any medical problem. If you want to be sure that there is no problem with your heart, EKG is the only way that I can do to determine that.”

He laid on the table as I applied the sticky stuff (leads) and connected the wirings pertaining to those leads. His EKG reading returned normal. He breathed a sigh of relief.

“Freeman…”he replied wondering as he knew I already knew since I was holding his chart.

He didn’t answer. He laughed instead. So hard. I saw ‘Anxiety’ left. It was precious and what I was hoping for. Even for a minute. It mattered to me. Because we were in a place where Anxiety ruled.

“Thank you, Ma’am…I feel so much better…” I gave him his yellow pass as the Infirmary Deputy looked at him and asked him if he was ready to go back to his unit. He calmly received the yellow note and walked away slowly. Without ‘Anxiety’. At least for that moment…


Working behind the prison walls is always hectic. So many faces I encounter. There is ‘Depression’, ‘Fear’, ‘Worry’, ‘Jealousy’, 'Anger', 'Rebellion' and the worst one I see is ‘Pride’. These are the things that cover the inmates and co-workers’ faces. These are the veils that hinder them from seeing clearly. These are the same things that help erect the unseen walls and imprison their hearts and serve as barriers to see the true freedom that Christ offers and brings. Such veils can only be removed by believing and trusting completely in Christ.

You know we’ve been there before. You know we had those faces. We had those veils. “But whenever anyone turns to the Lord, then the veil is taken away. Now, the Lord is the Spirit, and wherever the Spirit of the Lord is, he gives freedom. And all of us have had that veil removed so that we can be mirrors that brightly reflect the glory of the Lord. And as the Spirit of the Lord works within us, we become more and more like him and reflect his glory even more.” (2 Corinthians 3:16-18,NLT)

We have true transformations as our veils are removed. A work in progress that only the Holy Spirit does. The inner change occurs when we continue to follow His leading and knowing more about Jesus. And when we apply what we know about Jesus with the way we live our lives, we become mirrors instead. Mirrors that reflect God’s glory.

“7 The law that brought death was written in words on stone. It came with God's glory, which made Moses' face so bright that the Israelites could not continue to look at it. But that glory later disappeared.8 So surely the new way that brings the Spirit has even more glory.9 If the law that judged people guilty of sin had glory, surely the new way that makes people right with God has much greater glory.10 That old law had glory, but it really loses its glory when it is compared to the much greater glory of this new way.11 If that law which disappeared came with glory, then this new way which continues forever has much greater glory.” – 2 Corinthians 3:7-11 (NCV)
Inspired: 3/19/2012 06:07:00 AM 10 comments: