Sunday...Again? Where did the rest of the week go? But Spiritual Sundays is one of the best places to visit here in this blog world. Lots of encouragement, of reminders for the right way to live using Biblical principles, lots of sharing with talents when it comes to recipes, composing songs or poems. Best of all, lots of love circulates among those who participate. Because of the unity that comes from our good Savior's love. Please visit Spiritual Sundays and thank you sisters Charlotte and Ginger for hosting this cozy place. 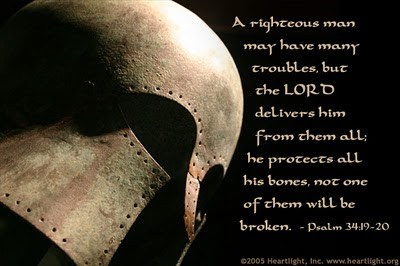 “So, why do you do all these things if you are sending my arrestee for prejail check anyway?” queried an upset cop whose arrestee I didn’t want to accept to be booked in the jail yet because of obvious symptoms that he was “tweaking” from a daily dose of methamphetamine use.

His eyes were rolling upwards. Then, he would gaze at a blank space. Sometimes, able to answer my questions. Most of the time, he acted as if he was in his own world. I was taking his blood pressure which registered high, same with the pulse and he was running a low-grade fever. I told our Intake deputies that I wouldn’t admit him not until he was examined first in an ER. That was when the arresting cop heard me and got upset. Upset because of the impending hassle that he needed to take him to an ER and just couldn’t leave his arrestee.

I looked at the cop eye to eye. And with a soft answer, instead of being upset with him [as they knew the protocol of the booking process in the jail, that everyone gets screened first and cleared by nurses], I replied, “Sir, I took his vital signs so at least you could have a little information for whoever would treat this man that his blood pressure and pulse were high and that he was running a low grade fever. Those info’s would help them.”

He didn’t say anything and put the handcuffs back to the man’s wrists and put him in the back of his squad car. An hour or so later, the man was back. Calm but I had a feeling that he would still continue to show some signs of psychotic behavior. He was placed with other drunk bodies in a cell, all of them waiting to get sobered up. Few minutes later, some of them woke up, including this weird-acting man. He started a fight and he got pepper-sprayed on his face.

After being isolated, he started yelling profanities and started banging hard on the glass windows. I was on a break at that time and the deputies got a permission from the charge nurse to put this man on a safety chair, where he was restrained, to keep him from injuring himself. He couldn’t hit any windows or metal doors then. But the loud yelling continued. Any arriving cops couldn’t help but peeked through the window to see him as he attracted some attention.

Coming back from my break, the charge nurse told me what happened. So, I had to go and check up on him to make sure he was okay health-wise. As soon as I approached the big glass window, he stopped yelling. Instead, he looked at me like a lion waiting to pounce on a prey. He started mumbling instead. I softly mumbled too. With a prayer commanding for him to stop yelling and trying to scare me in Jesus’ Holy Name. He did stop. But every time I walked away, that was when he would continue to be so loud and screaming profanities at the top of his lungs. Every time I would go near him, he would stop and just stared at me with a piercing stare!

I was grateful for the unseen protective covering on me. The Armor of God that brings victory in this invisible war I was in. Every time. I knew he got quiet because it wasn’t me he was dealing with. I knew he saw the BELT OF TRUTH, THE BREASTPLATE OF RIGHTEOUSNESS, THE SANDALS OF PEACE, THE SHIELD OF FAITH, THE HELMET OF SALVATION and he heard when I uttered the sWORD, which was God’s Word. He was facing Christ.

I wasn’t alone in this invisible war. You were in it, too. The moment you gave your life to Christ. Let us be careful that we do not expose any part and make it vulnerable to the enemies’ attacks.

"3Buckle on your armor and advance into battle! 4 Harness the horses, and prepare to mount them. Put on your helmets, sharpen your spears, and prepare your armor" - Jeremiah 46:3-4.

Addendum: I was originally going to post this video "The Battle Belongs To The Lord" but being so tired from last night's work and sensing that it would make my post too long for you to read, I didn't. But after reading sister Charlotte's comment [thank you sister], I had a nudging that the Lord wants me to include this video. For whoever out there is facing a tough time in any kind of trial, the Lord wants to remind us that we can give all of our cares to Him. For the battle belongs to Him! Glory to God! Please silence my playlist on the side bar: