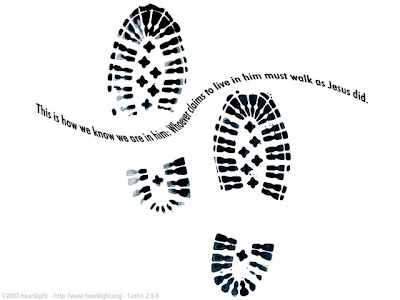 It was 12:30 a.m….“It better be not him,” my co-worker and I uttered at the same time to each other as we ran toward the hallway that leads to units 5-8. It was a long walk and seemed like forever. We were running against time, after a radio call that there was a man down in that hallway.

There he was laying on the floor, surrounded by 3-4 deputies, as one deputy had a broken and pink-stained ammonia being whipped under his nostrils. The Sergeant stood nearby, wondering what was going on, looking a bit concerned. The inmate’s eyes were blinking, aware of the strong odor that pierced his nostrils. He appeared like he just lost consciousness, but with that immediate response of trying to have that odor be taken away, suggested otherwise.

I pulled the Sergeant to a corner, where our conversation would not be heard. I told him that the inmate just returned from the hospital. After being a man down in PM shift and I just sent him back after I treated him at the Clinic and gave him 3 Graham crackers to aid with a little hunger he complained about, upon returning from the hospital. I made him aware that this man was claiming he started passing out after being beaten up. By whom? No one knew… Where at? It was a mystery…For he never reported any incident in the first place.

The Sergeant nodded the whole time. He got the point that this man was potentially just faking all of his man downs because he wanted something. At that point, I hadn’t fully reviewed his chart.

Borrowing a guerney from a nearby unit, we put the man on it and brought him back to the clinic to be observed. I gave him a mattress and a blanket so he could rest while being monitored. In the meantime, he was thinking that we believed he had some medical condition that warranted an immediate attention.

Glancing at the back part of his chart, where the mental health personnel usually write their notes, the person who interviewed him one day was told by him that he was forcing his family to bail him out by posting the bond required. He didn’t think that he did anything wrong, so why should he stay in the jail? I searched for his charges. There were many times of arrests for the same offense: robbery/theft.

“Excuse me, Ma’am…I have a bad headache! Why do you want me to wait for the doctor here? That will take forever. Why can’t you send me to the hospital?” he asked as he came close to the big, glass partition window.

“Sir, you just came back from the hospital. Everything they did there had a normal result so why would I send you back? Rest over there and be patient!” I stated in a firm voice.

When he thought that no one was looking around, he was calmly watching tv up on the wall. But when he sensed there was a staff member near by the window, he would act like he was sick or had a headache. He didn’t know, we were all aware now of his games. He thought he could get away with it. He didn’t know, if proven that there was no problem, he would be put on a discipline later. Meaning, some of the privileges would be taken away…

That’s what jail rules would do…


We are all familiar with the phrase, “What would Jesus do?” or simply known as “WWJD”…Having this in mind helps us make the right choices. It simply means to follow Jesus as an example in our lives. It will help us to make that choice of doing something that Jesus would approve of. We don’t really want to wait and make a wrong choice and like that man, think that we have done nothing wrong…To really know how Jesus would react to a particular situation, I think it all starts from another WWJD ~ Walk With Jesus Daily…

If we think we can get away with everything, think again! Yeah! That includes you, even if you don’t believe in Jesus! For Jesus said, “And the Father leaves all judgment to His Son, so that everyone will honor the Son, just as they honor the Father. But if you refuse to honor the Son, then you are certainly not honoring the Father Who sent him.” - John 5:22-23