He Made Me Angry 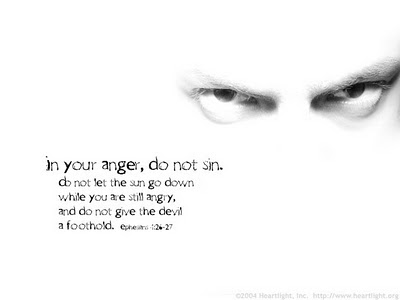 Anticipating a man who might need a med neb treatment for complaint of difficulty breathing, I started preparing all the gadgets I needed to initiate the treatment. So as not to waste time knowing that I just had an inmate who was not responding to any medication from his asthma attack few days ago.

Gathering the albuterol solution, and while telling the LVN’s about this sick call request, one of the medication nurses asked me if it was Mr. W. coming.

“He got so upset with me because he wanted his bedtime Keppra, yet it was only ordered for mornings.”

“Oh no!” “I bet you, he was more than upset about this and doesn’t really have problem with his breathing,” I sensed it right away.

As I was laying down the stuff I needed, a shackled inmate walked in, escorted by their unit deputy. He was belligerent and was just talking, complaining rapidly, demanding for all his needs. He was so loud that every medical staff’s head turned to him.

I motioned for him to sit down, next to all the gadgets I had prepared earlier.

“Sir, what brings you here?” “Are you really having trouble breathing? What are your medical conditions?”

“You should know that! Don’t you have my chart? You guys don’t do anything anyway.”

Trying to remain patient, the deputy cut him off and warned him that he would be put to discipline for disrespecting me. Usually, I would allow the deputy to do their jobs of yelling at the inmates being disobedient or just plainly rude with staff, like me. But this time, seeing how he was acting, I couldn’t tolerate his behavior and knew I had to say something about that.

“Sir, for the record, yes, I do know your medical conditions before you came down here. But I always ask anyone who comes here sick, to double-check with them. So that if there are any medical or mental problems that are not addressed before, I usually add it and have the doctor see….”

“What? You don’t give me my meds anyway? How about my medication for my emphysema?” he loudly interrupted me. Sensing that the deputy was truly upset with him this time, I felt that he wanted to shove him against the wall for being so disrespectful with anyone from the start. But giving respect to me, he remained calm and hearing that I was able to defend myself, he let me do my thing. I nodded at him as if to give me time to talk with this belligerent inmate.

“You are not having trouble breathing, I can tell you that. Do not fake your medical emergencies or I can put you on discipline. You are down here because you want your meds that are not given. May I tell you som…”

“One more time…You’re gonna’ get it! Do not interrupt her! I’m warning you again! Don’t interrupt her!” intervened the deputy while he kept on letting me speak for myself.

“Where are my bedtime meds?” he continued to mumble.

“How come they didn’t give me my bedtime dose?” he interrupted me again.

This time, I raised my voice a little with authority, “Will you let me speak? Every time I try to speak, you keep interrupting me with your dirty mouth! How are you going to understand if you are not giving me a chance to even review your chart? You come here like you’re the only sick inmate. There are more than 3,000 of you here. And a big number is sick, a lot sicker than you. But if you are being patient, our doctor here tries to address everyone’s medical issue.”

I’m surprised that there was no interruption this time. He just glanced at me and shut his mouth as he didn’t expect for me to raise my voice.

“The doctor just ordered your medication to be twice a day. It wasn’t put in the computer yet as we are still doing the orders from our doctor. When you asked the LVN earlier in your unit, she couldn’t give it to you because the new order for twice a day was not put in our system yet. So, I’ll go ahead and give you the bedtime dose now.”

He remained silent with me, but still was just talking back with his unit deputy. I’m glad the deputy remained calm. I knew he was giving me respect…Still…this man would be put on discipline because he talked back with profanities to the deputy. Getting up from his chair, his mouth continued to complain…

“Thank you, Ma’am,” uttered the deputy.

“No. Thank you…” I knew he got my message of him being calm despite the nasty behavior we witnessed. And of him letting me speak for myself!

The inmate couldn’t look me in the eye. He remained loud the whole time but was not even looking at me nor complaining to me.

I got angry at that inmate. With his disrespectful behavior. That was just uncalled for. All of us struggle with anger…Don’t we all say “Jesus showed righteous anger?” He did at the temple. But it was because he saw that people were disrespecting God. And taking advantage of the poor. Jesus got angry whenever the poor were mistreated. He became indignant when the children were not allowed to see him. His was all display of righteous anger. He got angry when others were mistreated yet he wasn’t angry when he was treated unfairly. How did he react when people treated him unjustly? He said on the cross, “Father, forgive them.”

Anger is not always wrong but we have to be careful that it doesn’t turn us into evil. If our being angry just serves our own desires or purposes, then that’s not righteous anger.