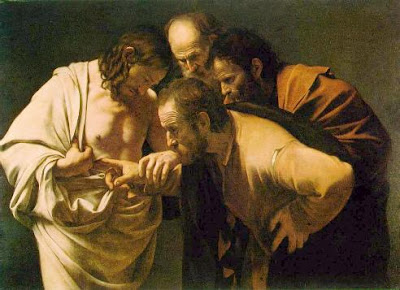 I started cleaning my own stethoscope with an alcohol pad. I picked up the pens from my lab coat pocket and tried to stow them away into my clear, plastic purse.

“Not a bad night at all”, I told my other co-worker who was also getting ready to leave in 20 minutes.

Then, the morning charge nurse got a call from a unit. They were sending a man bleeding on his face from shaving. She requested me and the other co-worker if we didn’t mind seeing the expected inmate.

“Not at all,” I responded with a willing heart. There were two of us and we both work great together as a team, so I knew this would be a “piece of cake”.

A young male approached the partition window towards the Clinic. He was holding a regular white towel with smears of blood on some spots. He seemed to be putting pressure on his face as I observed him.

When my co-worker and I motioned for him to go inside the exam room so we could examine him closely, we both were surprised when he let go of the towel. He had three huge lacerations on his face and started oozing blood from those sites. Two were horizontally etched on the right side of the chin and a longer gash on the left side of the cheek. I looked into his eyes as the other nurse started taking his blood pressure.

“Sir, tell me now! You were attacked by someone. These are not from shaving!,” I calmly uttered.

“What? I told you, I’ve been shaving and I accidentally cut myself,” as he slightly raised his tone of voice as if annoyed that I didn’t believe him.

I just kept looking into his eyes and remained silent. He sealed his mouth, too. As more blood oozed, both of us were into that “staring” kind of game.

Momentarily, I stepped out and consulted the day charge nurse because I already knew that this man was attacked. We needed to get deputies involved because if later on that this inmate would want to file a charge against his attacker, photos were needed to be taken and a thorough investigation conducted by the custody staff in his unit.

I walked back to where the inmate was sitting. I had doubts with him saying that he cut his face while shaving. But doing so, I only wanted to know the truth so that I could protect him, too by not sending him back to the same unit where the attacker was.

“Will you give me candies after treating me, nurse?” he jokingly asked me.

I just stared again through his eyes and his stares that once fought with mine was now clearly losing. He slowly bowed his head amid my silence.

As I was cleaning the wounds, still not saying anything, the deputy came. The inmate looked at me and looked at the deputy. A minute later, the deputy asked me if I could leave them alone.
“Of course,” I happily responded. I knew that this inmate wanted to tell the deputy the truth now and that was all I wanted to happen. He still couldn’t look me in the eye and his stare was that of an embarassed kind.

I gave the report to the day charge nurse. I took the clear plastic purse with me and waited for my co-worker to get hers. As we were about to step out of the Clinic’s door, the inmate was sitting on one of the chairs nearby, waiting for the deputies from his unit.

“Sir, I’ve been here so long I don’t even need to ask you. We just know…” I answered.

“Thank you,” he calmly replied.

“No! Thank you! I just wanted the truth from you that would eventually save yourself from getting hurt again,” I smiled as my co-worker and I left everything in that place and took our steps heading out the door and be able to breathe some fresh air outside and get refreshed on our days off. We knew that this wouldn’t be the first nor the last case to happen. But what a relief to know that we were able to help him out and discern the lies from what truly happened.

Remember “Doubting Thomas”? Though he doubted Jesus was resurrected, he deserved to be respected for his faith. He was a doubter but he had a purpose - he wanted to know the truth. Doubting was his way of responding, not his way of life.

We can also doubt without having to live a doubting life. It encourages rethinking. Doubt can be used to ask a question, get an answer and push for a decision. It was never meant to be a permanent condition.

We can all be encouraged by Thomas whenever we experience doubt. He didn’t stay in his doubt but allowed Jesus to bring him to belief.

Her passion for the Lord was the first thing that caught my attention when I first visited her. I was just so touched by her writing right away, I just knew it in my heart that she is a special woman who writes from her heart.

Despite the trials she faced with her husband, here she is encouraging me and other friends/sisters in Christ! Sister Alleluiabelle, you’re an amazing woman who truly reflects the Lord’s love through your words. You are a great encourager, your poems describe your intense love for God and that even through trials, your heart rejoices because of His presence in your life. You are a great Prayer Intercessor, a friend and most of all a dear sister in Christ. To God be the glory and to Him I say thank You for making us meet and feel that unity that comes from His love, unity that we share along with other blogging friends. May the Lord guide us all, bloggers for Jesus to be more “kreativ” for His glory! I pray that many who still don’t know His love and forgiveness will be attracted to these “kreativ” blogs. Thank You for your thoughtfulness dear sister in His Holy Name. I treasure your friendship. Please visit her site if you haven't met this wonderful daughter of the King.

I am required to nominate 7 other bloggers for this award and they are supposed to nominate 7 others. (Be sure to leave a comment on their blog about the award.) After they accept the award they are then asked to write a list of 7 things that their blog readers may not know about them.
So, this is the hardest knowing there are so many “kreativ” blogs. I would love to share this blessing with:

1. Sister Heather at Beautiful Self

5. Sister Denise at Shorty Bears Place and Free To Be Me

6. Sister Loren at The Magoos News

I’ll try to list 7 things here that you may not know about me:

1. The Lord is always no.1 and I know you know that. But I want Him to continue to mold me and do spiritual surgery so I can grow in His likeness.

2. I love Greek food! The pastries are so delicious but I have to be careful or else I’ll grow more sideways.

3. I don’t know how to play tennis and recently, my child’s passion is to be involved in this sport [as the Lord wills]. I took him to the court today. I served the balls as he tried to hit them and he was able to practice more. I did okay in throwing him the ball but I was better at picking up the balls after.

4. I used to love “Starbucks Coffee Frappuccino” but haven’t been drinking it to avoid the calories. I learned to like “Iced Passion Tea” and gotta’ get “venti” of course all the time.

5. I work part-time and I am job sharing with another co-worker. I do 2 nights and she does the 3. [Thanks be to God].

6. I love relaxing by the ocean with my family. Sometimes, we go to the nearest beach which is 20 minutes away from our house and sometimes, eat at the nice restaurant which is at the end of the pier. The sight is so calming while some people are trying to catch fishes.

7. I’ve been a night owl for 20 years now. But I love working the night shift. It’s really a perfect schedule if you have children. I get to see my child and spend quality time with him in the day time, then, still able to take a nap before going to work.

Well, thank you all for being patient to read all these things. I pray that you are encouraged everytime you come here. You are more than welcome to come anytime! Give me a ring and I’ll make some “crab fried rice” next time. God bless and I love you all in Christ’s Name.
Inspired: 6/23/2009 12:33:00 AM 12 comments: