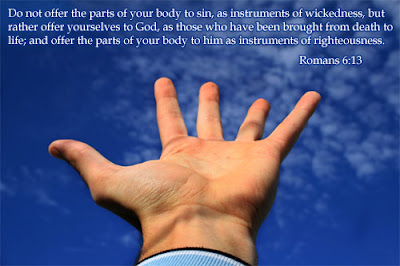 “No! I don’t use drugs nor alcohol. I’m having chest pain, I tell you!!!” an angry female inmate told my coworker who was trying to ask her questions and take her vital signs. She was wheeled on a guerney by their unit deputy, as she complained that she was too weak to even walk. Prior to coming down to the Infirmary, we looked at her records. She was arrested for forging documents to obtain narcotics.

“Listen!” with a higher tone and firmer voice, I spoke as I got in front of her. “You don’t need to talk to her like that. The reason why she was asking you all those, they were all important so we could figure out why you are feeling awful. When we find out the real cause, it’s easier for us to treat you. Why don‘t you let us do our jobs? Let us have control of this probing so we can get to the bottom of your discomfort…” She remained disrespectful to the other nurse. I grabbed her medical chart and continued to deal with her.

“But I told her! I was having chest pains since last night,” as she yelled again. I motioned for the deputy not to say anything and I would take care of it as it was more verbal disrespect she was showing at that time. He sensed my request and remained quiet while he stood nearby.

After asking many important questions, with her showing her on and off disgust with the way I was asking her about her medical and mental history, I ended with, “Do you have a history of being scared of tight spaces or even panic attacks?”

Pause…She looked at me and was about to yell in exasperation. But I looked at her eye to eye and determined for her not to yell at me. Softly, she answered, “Yes, Ma’am.”

“Okay! There you go! I want you to try to relax! You’re not dying, though I know it feels that way for you. Take a couple of deep breaths for me. Don’t you think that if I saw anything abnormal like with your blood pressure, I wouldn’t be wasting my time talking with you? See this? [as I pointed at the oxygen monitor]…Your oxygen in your blood is 99%. That’s a great number,” I explained. “But to make sure that there is nothing going on in your heart, I will do an EKG anyway, okay?”

“Thank you, Ma’am,” as a more mellowed demeanor was displayed now by her. On the exam table, she appeared more calm. Her 2 EKG readings both returned with normal results. I showed it to her. I told her I would still refer her to our mental health services so she could be treated for her panic attacks. She stopped whining, got up and stated that she felt better then.

We get emotional, too. But if not saturated with His truths, we get so panicky and just won’t let Him take control of our lives. Paul said in Romans 12:1,2 - “I urge you therefore, brethren, by the mercies of God to present your bodies a living and holy sacrifice, acceptable to God which is your spiritual service of worship. And do not be conformed to this world but be transformed by the renewing of your mind that you may prove what the will of God is, that which is good and acceptable, or well pleasing and perfect.”

Presenting our bodies mean we have to give all of ourselves to God. Our hearts, minds, thoughts, attitudes…Let us give up control of these and offer it to God. Let Him be the One to control. How? By the renewing of our minds. A daily cleansing from His Word will remove all those worldly wisdom and be replaced by His true wisdom. Where the mind goes, the will and emotions follow.

True worship is not just about the things we do in church and open praise. It is the acknowledgement of God and all His power and glory in everything that we do. The highest form is obedience to Him and His Word. We must know Him and not remain ignorant.
Inspired: 1/11/2010 05:33:00 AM 17 comments: