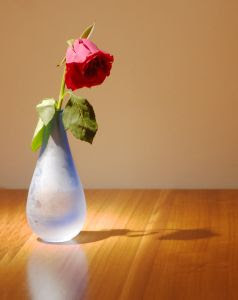 “If you’re having chest pain, you wouldn’t be able to make it down here from your unit,” hollered one nurse to a female inmate who requested to be seen middle of the night.

Peering through the glass partition window, the inmate started getting upset and became belligerent to that nurse.

“If you are going to be upset like that, then sit over there and wait until I call you, " retorted the nurse.

While sitting on one of the plastic chairs in the waiting area, the deputy came, not knowing what happened, he just heard the last part when the inmate was angry at the nurse and was saying profanities.

“Don’t come here if you’re gonna’ have that kind of attitude. It doesn’t work here,” yelled the deputy.

“Sir, it’s not me! It’s those nurses. They don’t seem to care, " more profanities came out of her loud mouth. She heard two nurses laughing as they talked and perhaps, felt like they were talking and laughing at her.

“Rosel, do you mind seeing this inmate?,” requested the charge nurse, knowing that there was already an air of animosity between that inmate and the other nurse who initially saw her when the inmate walked into the clinic.

“I’m always good with them,” as I smiled softly.

I motioned that inmate to go through the door that led to the inner part of the Infirmary where we house our gadgets to check for their vital signs. The deputy stood nearby to give me protection as he thought that the inmate has an unpredictable behavior and could be dangerous to staff.

Speaking softly and gently, I asked her, “ I heard you were having chest pain? Since what time? How bad? What kind? And do you have any heart condition that I need to know?”

Inmate: “I couldn’t sleep. My heart feels like it’s racing. It’s hard to breathe. I’m not really having chest pain, more of discomfort like it’s tight.”

“Ma’am, your blood pressure is normal. Except your pulse is high at 109. Your lung sounds are clear and you have no fever. May I ask you if you have a history of anxiety or even claustrophobia?”

Inmate: “You’re right. I do have panic attacks sometimes and it does feel like that. No! I’m not scared of small spaces.”

“Well, then [after doing an EKG to read the electrical activity of her heart], your EKG is normal. I would advise you to just try to relax. I can’t answer for the things that go around here. But I would request you to remain patient and try to calm down when you have episodes of panic like that. I saw that the Psychiatrist had already prescribed you some medicine for it. If you feel like they are not working or maybe not getting enough effects, you may always put a sick call request to see us.”

Inmate: “Thank you so much. I feel so much better now. Can I tell you something? You seem to be the only one nice around here. You never called me names. You never accused me that I was just lying. Thank you and I just want you to know that.”

I just smiled at her and reassured her, motioned for her to go back to the waiting area and rest until she felt much better. As soon as she closed the door, she had asked me if she could go back to her unit then as she felt more relaxed and able to breathe better. I gave her “pass” and out she went to the female side, steady gait and with a smile on her face.

I know….I treated her in a respectful way. But who am I to judge her? Who am I to yell at her and expect for her to change her bad behavior? Who am I to assume that she was just lying when I don’t see the true intentions of her heart?

I was once like her. Treated with ignorance, with rejection, with disrespect by this world. Laughed at, scorned at, and judged. Discouraged, unneeded, unheeded, and unaccepted sometimes. Broken and battered by the storms of life yet there was no one willing to stand by me. 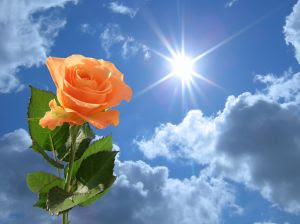 Except for the One Who truly understood and saw my heart. He was the first to go through all those painful scorns and rejection by this world. No wonder why He understood what I had gone through…He had been there…

He treated me with an out-of-this-world compassion, of love, of mercy and of forgiveness. He changed my heart. I had no other wish but to conform to His likeness when I received His faithful love.

"You are My child and I am your Father."


"And I love you with an everlasting love."


Thanks for visiting me and I love you all with the love that comes from the Lord. Turn up that volume of yours and feel the faithful love that comes from the lyrics of this great song. Bask in the love from the One Who's always waiting for all of us to love Him back and acknowledge Him into our lives. How long are you going to keep REJECTING the One Who hasn't done you any wrong except to love you from the start?