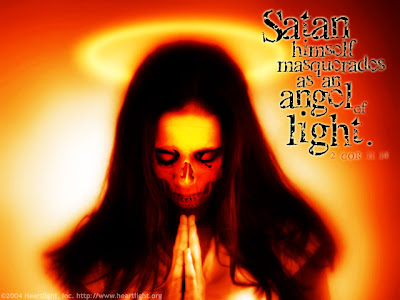 The amber glow of the rising sun started penetrating the tiny windows in some of the prison cells. It was a beautiful morning to gather together and worship God on that particular Sunday. The throng of prison-issued, orange uniformed men, of different races, of different ages came and filled those benches neatly arranged for the fellowship.


The bolder ones shared what their faith meant, professing their powerful testimonies. Then, came singing. Some raised their hands into the air and completely released their adoration of the One Who forgave them of their heinous crimes. Tears freely flowed as they wept with a sincere gratitude for the newfound hope their broken hearts accepted from Jesus Christ.


The leader of the prison ministry stepped into the front, grabbed everyone’s attention and requested to bow their heads and confess their sins to God and lift up whatever petitions they wanted to say or even just to simply offer their thanks to God. Whatever they did that week up to that day leading to that worship, anything that was not pleasing to God must be confessed.


One by one, the heads slowly bowed low, eyes were shut closed, some pairs of hands were folded together; still, others felt compelled to bend and get down on their knees. With a silent whisper, confessions and petitions slowly lifted up into the air, towards the heavenly abode of the living God.


There were two of them sitting on the far corner of the last line of these benches. They were huddled close together and in whispers, softly spoke. Not to converse with God. But to each other. A negotiation started.


In a quiet hush-hush conversation, the previously incarcerated inmate was trying to lure the newly-arrived inmate to steal food from others for himself. He couldn’t afford to buy anything from the jail’s commissary. He had no money or funds from his account.


Unfortunately, there was no choice left for the new inmate. If he complied, protection would be given to him from those who loved to intimidate and impose power over the weak ones. If he didn’t obey, it would be an uglier outcome: “his safety jeopardized, even his own life might cost him.”


Their negotiation was drowned by the utterances of other’s prayers. It was carefully going on despite the surveillance of the prison guards. The cameras would not detect anything as they would not pick up a sound.


It was sad that the longer incarcerated inmate was taking advantage of that special fellowship for God to mask his own, evil agenda. The beautiful sunlight penetrated the cells, but not all of the parts of the prison get that benefit...There is still areas of darkness...And it is a very dark place to be.


The Bible warns us that Satan, too is that way. He is capable of appearing like he is an angel of light. Not everything or anyone who looks beautiful or good means that they are doing things for God. The apostle Paul said:


2 Corinthians 11:12-15 - “And I’m not changing my position on this. I’d die before taking your money. I’m giving nobody grounds for lumping me in with those money-grubbing “preachers,” vaunting themselves as someone special. They’re a sorry bunch - pseudo-apostles, lying preachers, crooked workers - posing as Christ’s agents but sham to the core. And no wonder! Satan does it all the time, dressing up as a beautiful angel of light. So it shouldn’t surprise us when his servants masquerade as servants of God. But they’re not getting by with anything. They’ll pay for it in the end.” [The Message].


Just as that time when Paul warned the Corinthians to be careful not to assume that every preacher or evangelist who was well-known or who demanded a large honor and recognition was superior at teaching God’s Word, still applies for all of us, believers, today…


“My dear friends, don’t believe everything you hear. Carefully weigh and examine what people tell you. Not everyone who talks about God comes from God. There are a lot of lying preachers loose in the world.” - 1 John 4:1 [The Message]


“Here’s how you test for the genuine Spirit of God. Everyone who confesses openly his faith in Jesus Christ - the Son of God, who came as an actual flesh-and-blood person - comes from God and belongs to God. And everyone who refuses to confess faith in Jesus has nothing in common with God. This is the spirit of the antichrist that you heard was coming. Well, here it is, sooner than we thought!” - 1 John 4:2-3 [The Message]


As you worship the Lord this Sunday, may I ask you if the leader of your church gives all the glory back to Jesus or does he glorify himself? In everything we come across with...i.e...books, shows we watch in the theater/tv, video games, any other form of entertainment....is it the Lord Jesus glorified?

Satan doesn’t come like a roaring lion sometimes. He likes to slither like a snake just as how he did it in the garden of Eden. He comes in a very subtle way at times, so quiet that it’s hard for us to perceive that kind of attack… Let’s put on the Armor of God and ask the Lord for discernment in everything that we do…God bless.

Please visit Spiritual Sundays for other encouraging posts. Thanks to sisters Charlotte and Ginger for hosting this special place.