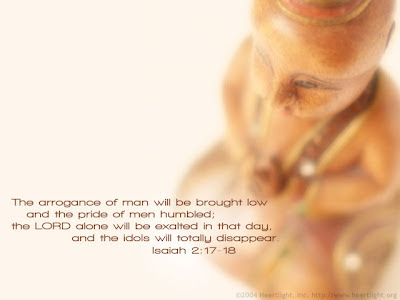 I was surprised to see him with the Acting Supervisor, wife of the current highest supervisor from our Healthcare Department. We both started around the same time 12 years ago. He was brought to my last meeting with 2 other people who held high positions. A tryst they planned thinking they would scare me by doing so.

I greeted them both as I sat on a nearby chair. Waiting for minutes and I arrived way early than their set time.They were late. He didn't know what to say. He couldn't look me in the eye. I sensed he wasn't comfortable. But I also understood that he needed to do what was being told to him in order to protect his own career. I never saw him after he was granted a higher position. He held an office upstairs, close to the highest Supervisor's room.

I was more calm during that time. Answering appropriately to their questions with no more anger as I had dealt with them with the previous 2 meetings that didn't make sense at all what they were doing with my job. They had put me to a tremendous pressure to make me quit on my own. But I never did. They had tried all sorts of plan even a forced leave to scare me. Such tactics didn't work as I clung more to Jesus' comfort and faithful promises.

They were all in that circle. Elevating each other by their praises. Giving their own selves a "pat on their own backs." I just looked at them in silence. But when I asked them something, a simple question, their answers were vague. If not, they didn't have an answer at all.

I felt good leaving the room as I said goodbye to four of them, wishing them a good day to which they didn't know how to react. I knew they knew in their hearts the ill treatments they had been giving me that I didn't deserve. They had nothing to show that I did anything wrong at my work during those years I had worked as a night nurse. They only threw one accusation about my neck injury. Except it was a lie. I didn't respond in anger anymore knowing I could prove it in God's perfect time. But I didn't want them to know I had that evidence. I left as I saw him fidgeting, tapping the pen in his right hand on the table as if it was a drum.

It had been almost a year since I battled with these people. The lesser hours that replaced my once steady shifts should have made me worried. It meant lesser income. But God turned it into good. It became an advantage as my husband became busier with his line of work. Our income was much lesser but God did sustain my family and I this whole time and to my disbelief, my husband and I were still able to help out his parents. I was never wrong about completely trusting in Him though it was difficult to not know what was coming. Day by day, He always replaced the uncertainties in every crevices of our hearts with His faithfulness, love, and grace.

"1 The LORD is my shepherd, I lack nothing.
2 He makes me lie down in green pastures,
he leads me beside quiet waters,
3 he refreshes my soul.
He guides me along the right paths
for his name’s sake.
4 Even though I walk
through the darkest valley,
I will fear no evil,
for you are with me;
your rod and your staff,
they comfort me." - Psalm 23:1-4 (NIV)

The help I sought would be starting anytime soon. Whether I would win or lose actually didn't matter anymore. I would rather rely more on the help that would come from His hands. What was a man's help? We are all humans and we know we are limited and we are all not perfect. Except Him.

"For I know the plans I have for you, declares the Lord, plans for welfare and not for evil, to give you a future and a hope." - Jeremiah 29:11 (ESV)

I thought he was different. Others from work did, too. That he would always do the right thing. But the influence of being swayed by a particular group made him like them, wanting to see things the way they desired. Even if it was wrong. They praised each other but elevating anyone or anything above God would make them blind to His love. They were trying to hurt me but spiritually, they didn't know, they were just hurting themselves as if they were sitting as they cut on this huge branch of a tree...My tree...Except the branch they were cutting was the very branch they were sitting on...

"All who fashion idols are nothing, and the things they delight in do not profit. Their witnesses neither see nor know, that they may be put to shame. Who fashions a god or casts an idol that is profitable for nothing? Behold, all his companions shall be put to shame, and the craftsmen are only human. Let them all assemble, let them stand forth. They shall be terrified; they shall be put to shame together. The ironsmith takes a cutting tool and works it over the coals. He fashions it with hammers and works it with his strong arm. He becomes hungry, and his strength fails; he drinks no water and is faint." - Isaiah 44:9-12 (ESV)
Inspired: 2/27/2012 06:20:00 AM