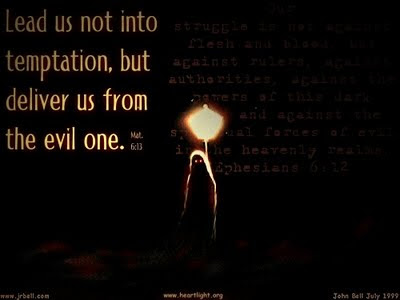 “Sorry to bother you guys!” stated the county’s attorney.

“It’s not your fault…You’re not bothering us…It’s him…” I replied as I pointed at the big picture on the middle of the wooden table.

There were 6 of us sitting around that conference table at work, yesterday. We were summoned by two of our county’s attorneys to hear each of our sides. One inmate was suing the county with allegations that care was not given to his emergency kind of needs and that, his medications were not given, or that a deputy left him all alone while he was waiting to be booked in the jail. Claiming that he dozed off and fell.

How could we [staff] all remember when this inmate was incarcerated 5 years ago? Who would recall what we did or not or what we saw?

That was where documentation helped! As we all sat down and reviewed each paperworks from his chart, everything was recorded. The Intake Nurse who took him in, did everything she could do, initiating all the necessary protocols to have all of his treatments and medications started right away. I caught it in our medication form and brought it up to our lawyer, that when he came in to the jail, all of his medications were given right away the following day. And our doctor saw him the following day. The claims that he fell, all of those incidences, he was sent to the ER to be treated and evaluated, though ER doctors didn’t find any damage.

I sent him to ER, too, at one time, after claiming that he fell from a chair while we were doing his blood sugar tests. I noted that his sugar was low, but my written notes showed that I treated him appropriately and I sent him to ER anyway because of his fall. Our doctor backed me up and told the lawyers that his sugar level was not even that of an emergency.

Then, the lawyers told us, “We don’t think he has a case but it’s just out of formality because the judge will be hearing about this next week. His own lawyer doesn’t even think he has a good, solid basis to bring all these accusations because he does have a lot of prior history of suing many people. That day that he was arrested, he battered his own sister. And when the deputy brought him to the hospital, he claimed that he fell at that moment…”

They were interrupted when a deputy walked in and introduced himself to the attorneys.

The lawyers gave him a piece of paper where deputies logged on whenever they would check on inmates.

“I don’t even see my name on it. That was not my shift still at that time that he was brought to the jail,” stated the deputy.

“He brought up your name and you were not even working at that time. How did he get your name? Either he just recalled reading your tag and attached you to his claim. We’re on to something here…”

Our highest supervisor and our medical doctor both noted the medical staff’s charting and they determined that appropriate care was given every time he claimed he fell or he had low blood sugar level. All his medications, appropriate diet were all given while he was incarcerated.

“I don’t think it will even go for a trial,” exclaimed the attorneys. And at that point, he let us all go…


Every day, we have a good accuser who just wants to tell lies all the time! He doesn’t even care that the Judge knows it all. He just tries his best to accuse God’s children of wrong doings, of being incapable of doing the work that the Lord started in each of His children. He would love to just try about anything to stop believers from becoming effective in the works for the Kingdom.

To Satan and your army, I say, “You’re already defeated!”

“The sWORD destroys you!!!, so leave us alone!”

And to the Judge, “the glory is Yours forever and ever, for all ages to come! Thank You!!!”


“6One day the angels came to present themselves before the LORD, and Satan also came with them. 7The LORD said to Satan, "Where have you come from?" Satan answered the LORD, "From roaming through the earth and going back and forth in it." [Job1:6-7;NIV]


"The farmer plants the Word. Some people are like the seed that falls on the hardened soil of the road. No sooner do they hear the Word than Satan snatches away what has been planted in them.” [Mark 4:14

“Jesus said, "I know. I saw Satan fall, a bolt of lightning out of the sky. See what I've given you? Safe passage as you walk on snakes and scorpions, and protection from every assault of the Enemy. No one can put a hand on you. All the same, the great triumph is not in your authority over evil, but in God's authority over you and presence with you. Not what you do for God but what God does for you—that's the agenda for rejoicing." [Luke 10:18]

“Jesus said, "The voice didn't come for me but for you. At this moment the world is in crisis. Now Satan, the ruler of this world, will be thrown out. And I, as I am lifted up from the earth, will attract everyone to me and gather them around me." He put it this way to show how he was going to be put to death.” [John 12:30]

“'I'm sending you off to open the eyes of the outsiders so they can see the difference between dark and light, and choose light, see the difference between Satan and God, and choose God. I'm sending you off to present my offer of sins forgiven, and a place in the family, inviting them into the company of those who begin real living by believing in me.'“ [Acts 26:17]

“The Anarchist's coming is all Satan's work. All his power and signs and miracles are fake, evil sleight of hand that plays to the gallery of those who hate the truth that could save them. And since they're so obsessed with evil, God rubs their noses in it—gives them what they want. Since they refuse to trust truth, they're banished to their chosen world of lies and illusions.” [2Thessalonians 2:9]
Inspired: 10/23/2009 08:47:00 AM