This Is Not My Home 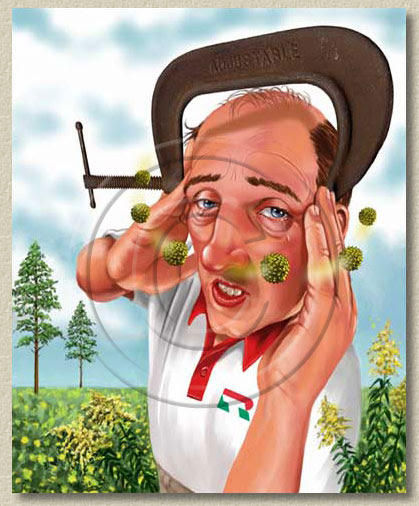 "Seaside sunset, silver linings round the clouds
Birds fly, singing, making such a joyful sound.
Thoughts of heaven somehow seem to fill my mind,
But I can't even imagine , what it is I'm gonna' find..."

I’ve been being bothered by my sinus allergy since last week. The minor sniffling turned into congestion, coughs and sleepless nights. For those of you who suffer from year-round rhinitis, you understand what I mean. Having the box of tissues nearby, one box after another. Trying to hydrate your body with fluids even if you feel like you’re drowning. Making some tea even if you’re a java lover. Things like that.

So, I ended up visiting my primary physician and almost got treated, too for dementia. God blessed me with a 2 pm appointment when I called and tried to set up an appointment 2 days ago. Someone canceled and with my excitement, I was quick to accept that slot. Only to realize that I had a child to pick up from school at 2:30p.m. I found myself calling my doctor’s office back to apologize for being “demented”. I could hear a good laughter from the other end of the line. Maybe the lady needed that laugh, so, she okayed me to go there immediately and that they would see me right away. Even better! Thank You Lord!

I was given some antibiotics and some cough medicine to clear me up. Don’t get me wrong. I wasn’t complaining about coughing knowing it is good for you because your body is trying to clear up your air passages. But with the aging process, comes the lesser energy and the muscles from the chest just used mainly for breathing started to ache when over-used with such a strenuous work that comes from coughing.

So, sometimes, I long for what awaits as most of you know, that we don’t belong in this place. But in the meantime, I am just grateful for friends like you who are always quick to bend your knees and fold your hands together and plead for a divine intervention for a forgetful, coughing middle-aged woman like me. I just want to thank you and thank the Lord for His wonderful promise of being in a mansion with Him someday. His faithful love and faithful promise keeps me going on despite my body starting to break down, part by part, piece by piece….knowing that someday, there will be no more pain…No more tears…No more coughing…No more shame…No more dementia…No more worrying….

"I can't wait to go to heaven, when You'll wipe away my tears,
In six days You created everything,
But You've been working on Heaven for two thousand years..."

[The quoted lines were part of Keith Green's song titled "I Can't Wait To Get To Heaven". This is what he said before singing the song: "You know, I look around at the world and I see all the beauty that God made. I see the forest and the trees and all the things. And says in the Bible that He made them is six days and I don't know if they're a literal six days or not. Scientists would say no, some theologians would say yes. But I know that Jesus Christ has been preparing a home for me and for some of you, for two thousand years. And if the world took six days and that home two thousand years, hey man, this is like living in a garbage can compared to what's going on up there."

So, next time that you see a body part or parts being dragged lower by gravity, or a strand of white hair or a few sticking out from the rest of your hair, feel aching joints, feel like drowning in seas of worries and fears, remember....this is not my home. This is not your home....because of what Christ had done.

"13All these people were still living by faith when they died. They did not receive the things promised; they only saw them and welcomed them from a distance. And they admitted that they were aliens and strangers on earth. 14People who say such things show that they are looking for a country of their own. 15If they had been thinking of the country they had left, they would have had opportunity to return. 16Instead, they were longing for a better country—a heavenly one. Therefore God is not ashamed to be called their God, for he has prepared a city for them."
- Hebrews 11:13-16 [NIV]