Suffering As A Christian 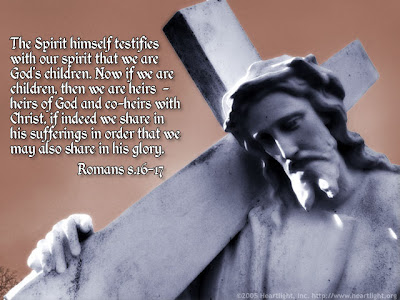 “Good morning,” I greeted the female inmate worker yesterday morning. I had not seen an inmate worker in a very long time, inside our Clinic.

Long ago, a unit would send one worker to help maintain the cleanliness inside the busy Infirmary. They emptied trash bags, mopped the floors, cleaned the restrooms, or put some paperworks together and other things that didn’t disclose any valuable information to them.

She slightly paused. A middle-aged woman, dressed up in dark blue uniform. Her eyes with dark circles around them, revealing her being up all night. Her left hand holding a big plastic bag as her gloved right hand was picking up trash from all the bins inside the Clinic. She was picking up the trash from a bin near me, when I spoke with her. She was not expecting someone to talk with her. As conversations with staff was usually not allowed, not unless it was necessary.

“Good morning, Ma’am,” as she managed to put a wry smile on her weary face.

“I haven’t seen anyone come here and clean the Clinic. Thank you for picking up our trash,” I uttered.

The smile grew wider, with a sense of relief and appreciation for being noticed, she replied back, “You’re welcome. I don’t know but they told me to come here today.”

“It doesn’t matter,” I said. “Thanks again anyway and you try to have a good day.”

“No, thank you, Ma’am. Have a good day, too,” she answered as she took her steps to go out the door, leading to the female side of the Clinic.

Yes, she was an inmate. Yet, she worked inside the prison as told. She was up working all night and just did what she was supposed to do. She might not like it at times, but she still followed what was assigned to her, knowing that it would help her, too if she didn’t cause any problems.

It would never be easy to be known as an “inmate”. But at least she tried. To improve herself. To do her task well. To obey. Even if it means that at times, her effort might not be noticed nor be praised. But when her review comes, her actions and attitudes at work, would be brought up and be determined as a cause for her being released early, a nice possibility. How sad it would be, for those who never wanted to obey. For those who didn’t want to follow what must be done.

As a Christian, we may be insulted as being such. Labeled as such as if it is a horrible thing to be. Faced with suffering, the only way to go is to feel privileged of being called by His wonderful Name, instead. We don’t need to seek out to suffer but we must also not try to avoid it. Instead, we must keep on doing what is right whether or not it brings suffering.

It is not shameful to be a Christian, especially to suffer for being one. And when our own review comes, it begins with His children. If we, Christians must be judged, how terrible it would be for those who have never believed! [1 Peter 4:17].

“So, if you are suffering according to God’s will, keep on doing what is right, and trust yourself to the God who made you, for he will never fail you.” ~ 1Peter4:19