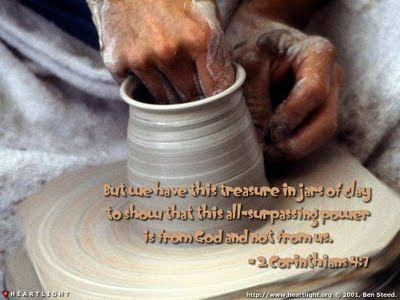 She laid there on the bottom bunk, slightly nodding her head to questions but not saying anything. She was slightly diaphoretic. Her breakfast tray was visible on top of the steel table, still untouched. In a far corner, there were unopened graham crackers.


The night shift nurses just got done with the Accuchecks [when diabetic inmates come down to the Infirmary to have their blood sugar checked and their morning doses of insulin given if they are on it]… I felt my energy was waning as our shift neared its end. I picked up my transparent purse and just waited for my co-worker to give her report to the incoming day charge nurse. I took a careful sip from my cup of still hot coffee…When this call of distress blared from all the radios:

My co-worker stopped giving report. She grabbed the emergency bag, making sure that the Accucheck machine was in it. I dropped my purse and took a radio and slid it into the left pocket of my scrub uniform. We both ran as another co-worker started popping the metal doors for us so we didn’t need to use the keys. The hallway was long and it felt like the minutes had slowed down.

The downed inmate was on the top tier. Swiftly ascending the steps of the stairs, we saw the deputy waiting for us inside her cell. I told my co-worker I had a feeling it was “Ms. Rodriguez”. Because I did her sugar check and it was okay to give the morning insulin. Except, I had given her a few packets of Graham crackers for her to eat knowing that sometimes, the breakfast trays were served late on weekends. Her body felt cold to touch.

True enough, it was that familiar face. I hated to see her in that situation knowing that it could have been prevented. She was nodding and as I noted that she was not able to swallow the glucogel [gel eaten to raise the blood sugar] in her mouth, I ordered my co-worker to go ahead and start an IV. Prior to that, I told her to give the shot of sugar to her thigh so we could bring her blood sugar level to a safer reading. The cell was so tiny. It was hard to move and it needed both of our precise intervention and cooperation in order for us to be successful in saving this precious life. We were both playing the tug of war: the tug between life and death…

I ran to the Nurse’s clinic inside that unit as we needed a needle to be able to inject sugar in an intravenous form. I grabbed the emergency kit stored in every Nurse’s clinic. My adrenalin pumping, I couldn’t miss a step on those metal stairs. Every seconds counted!

I saw the IV in on Ms. Rodriguez’ right arm. I aimed to the nearest port of her IV and slowly injected the medication. In less than one minute, she was slowly coming back and started talking and shaking with fear.

“I’m sorry…I didn’t eat those crackers you gave me,” she wailed.

“Shhh…” I said to make her calm down and in a soft voice added, “It’s okay. What’s important is that we are able to bring you back. That’s what matters right now.”

“Yes, Nurse….sobs….I understand now. I’m sorry and thank you so much to both of you,” as she slowly got up and tried to get dressed up with her orange shirt.

“Go ahead and eat. We’ll have another nurse follow up with you. Don’t be afraid,” as my co-worker and I gathered all the needles and other things strewn on the floor. Her body became warm to touch now when we left her. I went back to the Clinic and found my cup of coffee had gotten so cold, it was not good to drink anymore….I tossed it out in a nearby trash can. I would rather have my coffee got colder and a precious life be revived and warm blood flowed again.

Diabetics are vulnerable to having too high or too low of their sugar level. These altered levels may cause confusion, diaphoresis, neuropathy, coma and even may lead to death.


Our bodies are very fragile! They are perishable! We get hurt, wounded, bruised, or sick. We bleed, our bones may break, our organs can malfunction. But Paul reminded us though we may feel that we are at the end of rope, we are never at the end of hope. Our body may be subject to sin and suffering, but God never abandons us. Because of what Jesus had done on the cross, we have eternal life. Through all of our sufferings and trials, they are all great opportunities for Christ to show His power and presence in us and through us.


7But we have this treasure in jars of clay to show that this all-surpassing power is from God and not from us. 8We are hard pressed on every side, but not crushed; perplexed, but not in despair; 9persecuted , but not abandoned ; struck down, but not destroyed . 10We always carry around in our body the death of Jesus, so that the life of Jesus may also be revealed in our body. 11For we who are alive are always being given over to death for Jesus’ sake, so that his life may be revealed in our mortal body. 12So, then, death is at work in us, but life is at work in you.

1For we know that when this earthly tent we live in is taken down - when we die and leave these bodies - we will have a home in heaven, an eternal body made for us by God himself and not by human hands. 2We grow weary in our present bodies, and we long for the day when we will put on our heavenly bodies, like new clothing. 3For we will not be spirits without bodies, but we will put on new heavenly bodies. 4Our dying bodies make us groan and sigh, but it's not that we want to die and have no bodies at all. We want to slip into our new bodies so that these dying bodies will be swallowed up by everlasting life. 5God himself has prepared us for this, and as a guarantee he has given us his Holy Spirit.