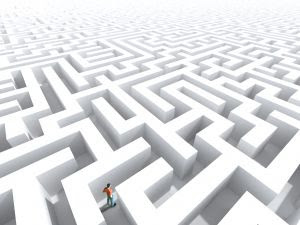 Unit 15 - the unit that housed inmates with special medical and mental health care needs was located across the hallway from our jail’s Infirmary. It was one of those busy nights when things seemed to be overwhelming for Nursing staff. There were lots of doctor’s orders to be noted, the lines constantly rang and sick inmates came down requesting to be seen and treated by the Nursing staff.


A radio call broke out amidst the busyness inside the Clinic:


With another staff nurse who eagerly wanted to help me, we found 2 deputies holding down an unconscious old man on the cold floor, as the Unit 15 nurse tried to assess why he was that way. The male deputy was doing his routine checks, when he saw the man lying on the floor, inside his cell, not responding but kept moaning and had an involuntary movement with his right arm.


As we, nurses split with interventions to help the man, I started the oxygen right away via mask thinking of maintaining his airway first. The other nurse started an IV and applied a neck collar. I stepped out to go to the unit’s clinic and took his chart and started the paperworks for the inmate to be brought to ER. I called for an ambulance, Code 3 [which meant it was critical].


That man was known for being feisty with deputies. There were days that he would try to spit on the window or call the deputies some disrespectful names. When the deputy found him on the floor, he knew right away that he wasn’t playing around. He was only housed alone so an assault was not possible.


His pupils were reacting within normal limits as I shone my penlight over his eyes. But we knew he just sustained some kind of head trauma. He must have fallen, and hit his head hard on something... I decided to slip my gloved hands under his head. There were no bleeding nor lacerations anywhere. The digits of both of my hands felt something uneven...There was a huge BUMP on his left side of the back of his head. Immediately, I knew, he had some bleeding inside his head. This became a very critical moment for that inmate.


As ambulance took him away stabilized on a C-Spine board [cervical spine board that prevents movement of head if head injury is suspected], we remained wondering how his injury was sustained. In the chart, there was no listed medical problem nor mental health problem except for a history of polysubstance abuse.


When the man reached ER, he was immediately taken into surgery to have the bleeding controlled and prevent that bump from getting bigger. He remained non-responsive.


This incident reminds me that there are also times in our life’s journeys when we sustain bumps and make us confused regarding our spiritual walk with God.


“It is not a matter of right and wrong, but a matter of God taking you through a way that you temporarily do not understand. And it is only by going through the spiritual confusion that you will come to the understanding of what God wants for you.” ~ Oswald Chambers


When we sustain those bumps that make us non-responsive to God’s request for our obedience and as we become weaker in faith sometimes, let us allow God to do that special surgery for Him to remove those bumps.


In the meantime, during that confusion, let us remain trusting in Jesus and stand firm in this faith we believe in…


Isaiah 42:16 - “I will lead the blind by ways they have not known, along unfamiliar paths I will guide them; I will turn the darkness into light before them and make the rough places smooth. These are the things I will do; I will not forsake them.” [NIV]
Inspired: 9/28/2009 08:03:00 AM