One in every 31 adult Americans is currently under correctional supervision - confined to prison or in the community on probation or parole.

2.3 million men and women now pack our prisons and jails.

7% of the total prison population is made up of women; the United States incarcerates more women than any other countries.

95% of all state prisoners will be released back into the community , at a rate of more than 700,000 per year.

66% of released prisoners are arrested again within 3 years.

52% end up back in prison within that same time period.

$68 billion of taxpayers’ money is spent on corrections per year.

Source: Pew Center on the States 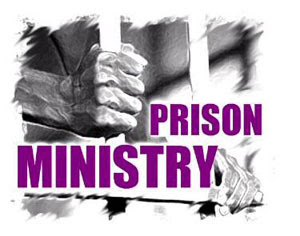 Working nights, I haven’t really gotten the chance to see any volunteer who is involved with their churches’ prison ministries. Though I heard about many lives who were turned around from worse to good as the Good News is brought by these brave volunteers.


Jesus came to “seek and save what was lost” and as His servants, we must be in prisons as well as Jesus would have done. These inmates must hear the healing that comes from Jesus alone. In their brokenness, they must know that there is hope and that no amount of their burden is beyond Jesus’ love and His power to transform.


And when an inmate’s life is transformed, it also changes the lives of those involved.


Have you heard about David Berkowitz or “Son of Sam” as people had known him? He was an American serial killer and arsonist, terrorizing New York back in the 70’s. He claimed he was a member of a Satanic cult.


In 1987, he became a born-again Christian by coming across Psalm 34:6 from a pocket sized Gideon’s Testament Bible that another inmate had given to him. [“I had cried out to the Lord in my suffering and he heard me. He set me free from all my fears.”-Psalm 34:6].


And from then on, hard to believe as it was for others to see his transformation, if not for prison ministries who bring in the Good News, he would have still be held in spiritual bondage.


He got involved with prison ministry himself and counsels troubled inmates. He doesn’t have an access to computers, so a church group maintains this website for him for others to see.


But I’m not focusing on “Son of Sam”, my friends. I am pointing to the transformation power that comes from the cross. In this man’s broken life, he had a major change and a different journey he took, once he found that road “off the beaten trek” that led to Christ.


I'm also recognizing the great brothers and sisters in Christ who willingly chose to serve Christ by going to these dark areas [prisons] and sharing the light that comes from the Light of the World. They have to lay down all their worries and fears, just so they can minister to these lost souls. Deprived of seeing the true light, hopelessness surrounds them inside these walls, day after day. Every time these faithful servants go in, a shed of hope is left behind to those who will open up their hearts and minds to God’s forgiveness. I ask that we remember them in our prayers as it is vital for all who are working for Christ:


Father, I lift up these brothers and sisters in Your Holy Name who minister to prisons all over the world, bringing the Gospel so that these inmates locked up twice, both physically and spiritually, may hear about the hope that comes from You, the freedom You give, Your love that is faithful and unconditional.


Lord, please guide them with Your divine wisdom, protect them as they minister to inmates and give them Your strength. Open the inmates’ hearts and minds Lord before the volunteers go inside any prisons, so that these lost souls may be more receptive of this Seed that needs to be planted in the garden of their hearts.


Thank You Lord for everything that You had done. Thank You for dying on the cross so that all of us may live. Thank You for calling these people who sacrifice their own lives to help out others who are in the dark. In Jesus’ Name. Amen.


If you want to hang around for a while, please watch this video and see the difference to that inmate who accepted Christ when she was released from the prison. God is the only One Who can change our hearts...that is...if we are willing to accept Him. Glory to God!