Who's Telling The Truth? 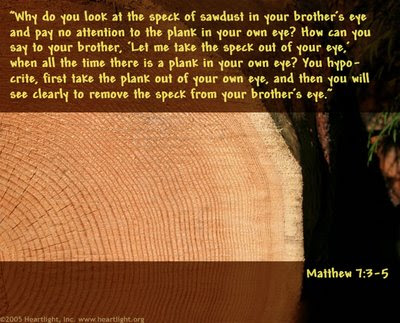 Fifteen minutes to 08:00 in the morning, my other co-worker and I were taking turns running around, seeing one sick inmate after another. Then, she ran to a unit when they asked for help as the inmate seemed to be having a seizure. Five minutes later, another distress call over the radio was requesting for Medical staff’s help.

“They couldn’t say that! [“heart attack”],” exclaimed the newly-arrived day charge nurse getting her report from our night shift lead nurse.

“Perhaps, they’re panicking. I’m on my way now,” I replied to her.

“Okay, then call us if you need help,” she uttered.

The hallway was long though it was the same hallway that led to our Infirmary. I hurried my little steps as I toted the heavy emergency bag, praying for the Lord to protect me and guide me with His wisdom and I asked for discernment.

The heavy metal door popped open. The unit deputy met me and had warned me that there was some issue earlier with the same man, complaining of chest pain now. He complained about other inmates being noisy but there was really no one making such a big noise. When they told him to go back to his bed, that was when he started complaining of chest pains.

The inmate workers were serving “chow” [breakfast trays]. They had barely finished their meals. As I approached the particular cell, there were perhaps, twenty-something bodies lined up against the wall as the deputy went with me and assisted me to a the farthest bed in a corner. On it was a seventy-something man, laying on his left side and while clutching his mid-chest, started moaning a lot and was complaining of severe pain. Since I noticed he was breathing okay, I had requested the deputy to put him on a guerney and I would rather take him to the Clinic because if anything happened, all of our equipments were there and there would be more nurses to help me, in case it was a true heart attack and if he coded.

Five minutes later, as he still clutched his chest, I tried hard to take his vital signs. Everything appeared normal. The blood pressure was not that bad. I motioned for him to get on top of the exam table so I could do an EKG to check if there was something going on with his heart.

It took a while before the other nurse and I got a good reading, as even a minor movement would affect the result. We didn’t see anything to be of concern and as we were trying to read the EKG, he started complaining:

“I got kicked!” while moaning still.

“This tall, Hispanic deputy in my unit. I told him that there were 2 inmates who were loud and he got upset and kicked me!” he claimed.

I didn’t see any inflammation nor bruising on the area he mentioned as source of pain. It was slightly tender to the touch. There was no deformity. If he had any broken ribs, for sure, he wouldn’t be able to breathe and even talk. He denied any prior injury and his chart noted his history of diabetes. I stopped asking him and reported to the day charge nurse, who in turn, immediately notified the Sargeant. He would probably need to do a further investigation regarding the man’s claim, because the deputy was involved.

This situation is tough. How do we know who’s telling the truth? The Lord warns us not to judge and He’s so right on that. Every story seems so true until you hear both sides. One thing is for sure, it’s only the Lord Who knows who’s telling the truth for He sees all of our actions, words, and even thoughts.

It was time for me to leave as I finished the EKG and my report to the charge nurse. The doctor would be in, in just a few minutes. My heart was heavy. I just prayed that the Lord would help the man if he was telling the truth for it to come out. And if he wasn’t, I still prayed for him that he wouldn’t get in so much trouble.

Proverbs 12:19 –“The lip of truth shall be established forever; but a lying tongue is but for a moment.”

Romans 14:13 –“Therefore, let us stop passing judgment on one another. Instead, make up your mind not to put any stumbling block or obstacle in your brother’s way.”

Matthew 7:2 –“For in the same way you judge others, you will be judged, and with the measure you use, it will be measured to you.”