"Tear Down This Wall" Ephesians 2:14 –“For Christ Himself made peace between us Jews and you Gentiles by making us all one people. He has broken down the wall of hostility that used to separate us.”

Ephesians 2:15 –“By His death He ended the whole system of Jewish law that excluded the Gentiles. His purpose was to make peace between Jews and Gentiles by creating in Himself one new person from the two groups.”

Ephesians 2:16 –“Together as one body, Christ reconciled both groups to God by means of His death, and our hostility toward each other was put to death.”


Who would have forgotten President Ronald Reagan’s speech challenging the then General Secretary of Russia’s Communist Party, President Mikhail Gorbachev to “tear down the [Berlin] wall?” I love Ronald Reagan. He had that guts to propose to end this wall that separated one country!


That wall was a symbol of communism built in 1961. As Russia supported the communist Eastern part, a little after, President John F. Kennedy stated the support of United States for the democratic Western side.

Prior to his famous “Tear Down The Wall” speech, a lot of Reagan advisers had objected for him to say this phrase for fear of tension between the East and the West and for the potential embarrassment to Mr. Gorbachev, with whom Reagan had built a good relationship. But the President liked the draft of this speech upon seeing it. He said, “We’ll leave it in.”

At first, the Soviets were unimpressed and accused Reagan of giving a war-mongering speech. But 29 months later, Gorbachev allowed the Berliners to destroy that wall. Ironically, as the wall collapsed, so did the Soviet Union.

There are also many barriers that divide us, Christians: age, appearance, intelligence, political persuasion, economic status, race, etc… Christ is also inviting us to destroy the walls or barriers that we build between us. If we listen to Christ’s invitation to do so, we can have real unity among ourselves. God wants us to have a true reconciliation. Because of His death, we are all one and our hostility should have been put to death. His cross should be the focus of that unity.

Christians share a unity that is deeper than that of “blood brothers and sisters”. We are all part of God’s family. Yes, we can have opposing views but we don’t have to be divisive. We must remember that despite our differing opinions, the only thing that matters is that Jesus Christ is our LORD!

So, let us destroy that wall among us believers before we can truly share unity with non-believers. Let that wall collapse!

Let's remember in our prayers those who risk their lives everyday to fight for our freedom! Everyone in the militar 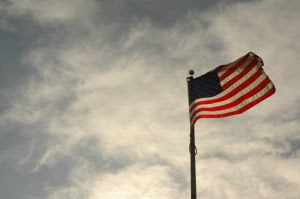 y and law enforcement! And for those who already lost their lives doing so. They not only fight for freedom, they tear down the walls of injustices and oppression! God bless all of you and thank you. 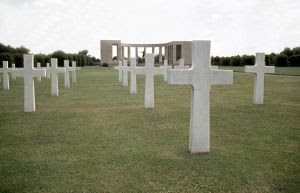